Adrian McCarthy is the owner of Curious Dog Films which was established in late 2019. He has been making documentaries since the late 1990’s and was previously the co-owner of Wildfire Films. A multi-award winning producer/director, he has made over fifty hours of television and feature doc’s for national and international broadcasters and funders like RTE, Screen Ireland, BAI, TG4, Channel 4, BBC Four, Virgin Media, Setanta, ARTE Germany, YLE Finland, SBS Australia and The History Channel.

Adrian’s work covers a broad range of subjects across the arts, sport, politics, music, comedy, social issues, mental health and the ups and downs of life.

His documentaries include: the award winning ‘ROUGH RIDER’ film, on controversial Irish journalist and former pro-cyclist, Paul Kimmage. It was described as ‘Remarkable. A superb film, a sad story of unrequited love‘ by The Sunday Independent and ‘Excellently paced, well crafted and beautifully filmed‘ by the Irish Times. The IFTA nominated, ‘PORTRAIT OF A GALLERY’ was filmed over three years inside the walls of National Gallery of Ireland. The Irish Times described it as ‘a brilliant piece of art criticism. In this documentary, the National Gallery gets a depiction worthy of its renovation‘. Adrian produced the highly acclaimed ‘ANTHONY FOLEY – MUNSTERMAN’ on the story of the sudden death of the Munster rugby coach; ‘A moving and uplifting documentary. A poignant tribute’ – Sunday Times. His IFTA winning ‘HIDDEN IMPACT – Rugby and Concussion’ was described as ‘an excellent documentary making for deeply unsettling yet essential viewing‘ by The Irish Times. After his documentary ‘GRAHAM LINEHAN – FUNNY BUSINESS‘, The Irish Times said ‘A cracking profile. It was as assured an hour of television as you’re likely to see all year. Although it’s no surprise given it was the work of Adrian McCarthy. ‘GILBERT O’SULLIVAN – Out On His Own’ a profile of the tenacious songwriter; ‘Terrific, an absorbing portrait of a self-absorbed man who can be prickly at times’ – Evening Herald; ‘An honest film about a complex man on a mission to do it his way – Radio Times. And ‘SMALL FAR AWAY – THE WORLD OF FATHER TED‘ for Channel 4 –  ‘A brilliant documentary‘ The Business Post and given five stars and described as ‘Lovely Stuff‘ by Time Out, London.

In 2021, he was series producer/director on the new 3 x 1hour series ‘OUR TOWN‘ following the lives of young people in the seaside town of Bray, Co. Wicklow – produced by Curious Dog Films/Wildfire Films for RTE. Made with a great team that included film editor/writer Brenda Morrissey, producer Oda O’Carroll and co-director Judy Kelly. Our Town was described as ‘A beautiful portrait of young people in all their strength, vulnerability and wisdom. A compelling portrait of a town and community‘ by Patrick Freyne in The Irish Times. And, ‘Our Town felt wholly authentic, faithful and heartfelt. An organic and coherent piece of documentary making‘ by Eilish O’Hanlon in The Sunday Independent. 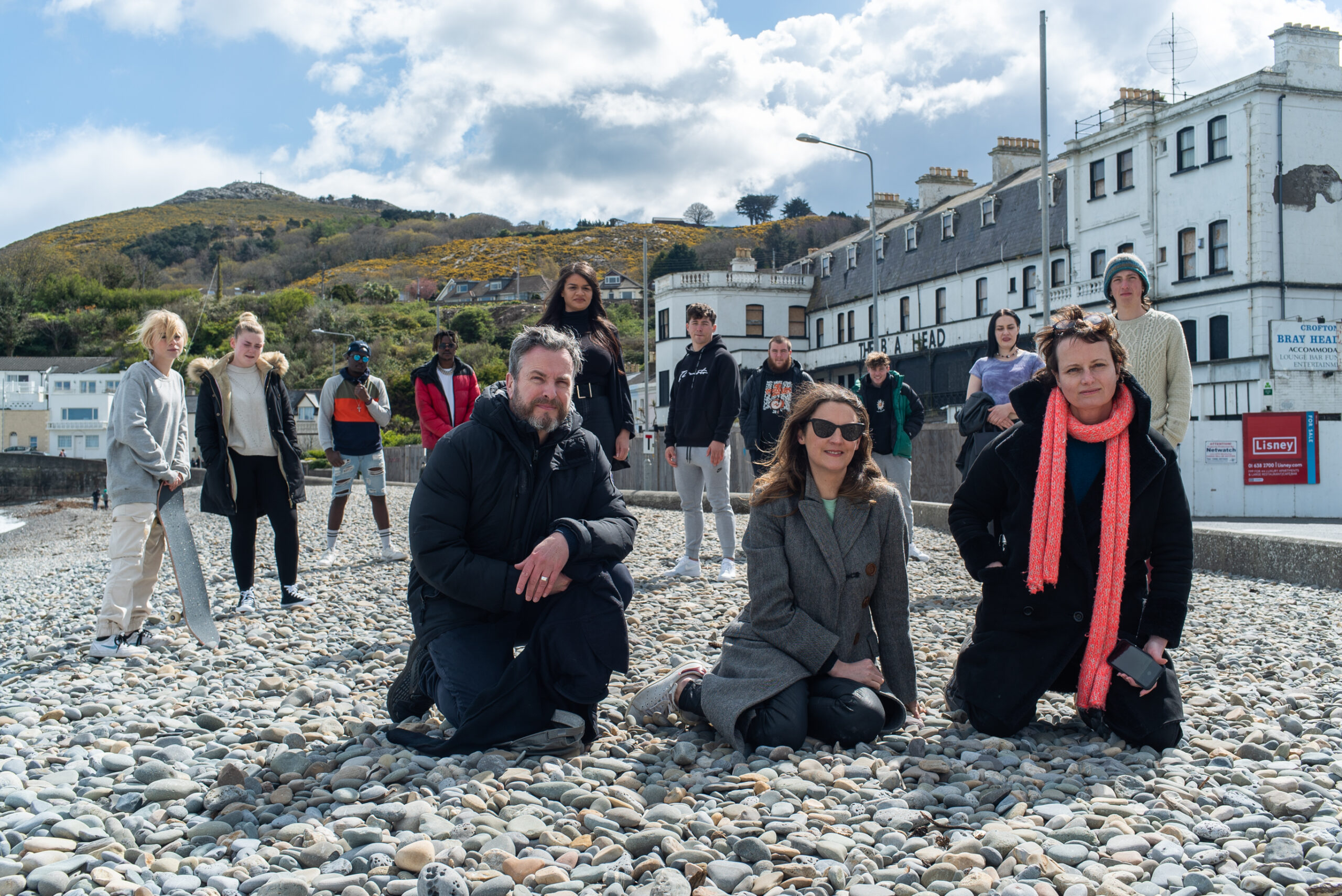 Also in 2021, he directed the 2 x 1 hour THE KILLING of FATHER NIALL MOLLOY, produced by Sharon Lawless and Flawless Films. The controversial 1980’s story was broadcast on RTE One in September. Liam Fay in the Sunday Times described it as ‘An engrossing delve into the many mysteries that still surround this most intriguing of 1980s scandals. Adrian McCarthy’s elegantly made two-parter worked exceptionally well on distinct levels: both as true crime documentaries and vivid social histories. The jaw dropping strangeness of late 20th Ireland has rarely been more evocatively encapsulated’. And Pat Stacey in The Herald ‘The forensic precision and commendable lack of sensationalism make it a riveting true-crime documentary. This superb two-parter breaks the chains of the genre to become something more’. In April 2022, it won the RTS Television award for best factual series.

In Curious Dog Films, we likes collaborating with passionate, talented individuals and teams, in order to create thought provoking documentaries that will make us laugh, cry and scratch our heads as we make sense of the world around us. He is also working as a freelance director and producer. 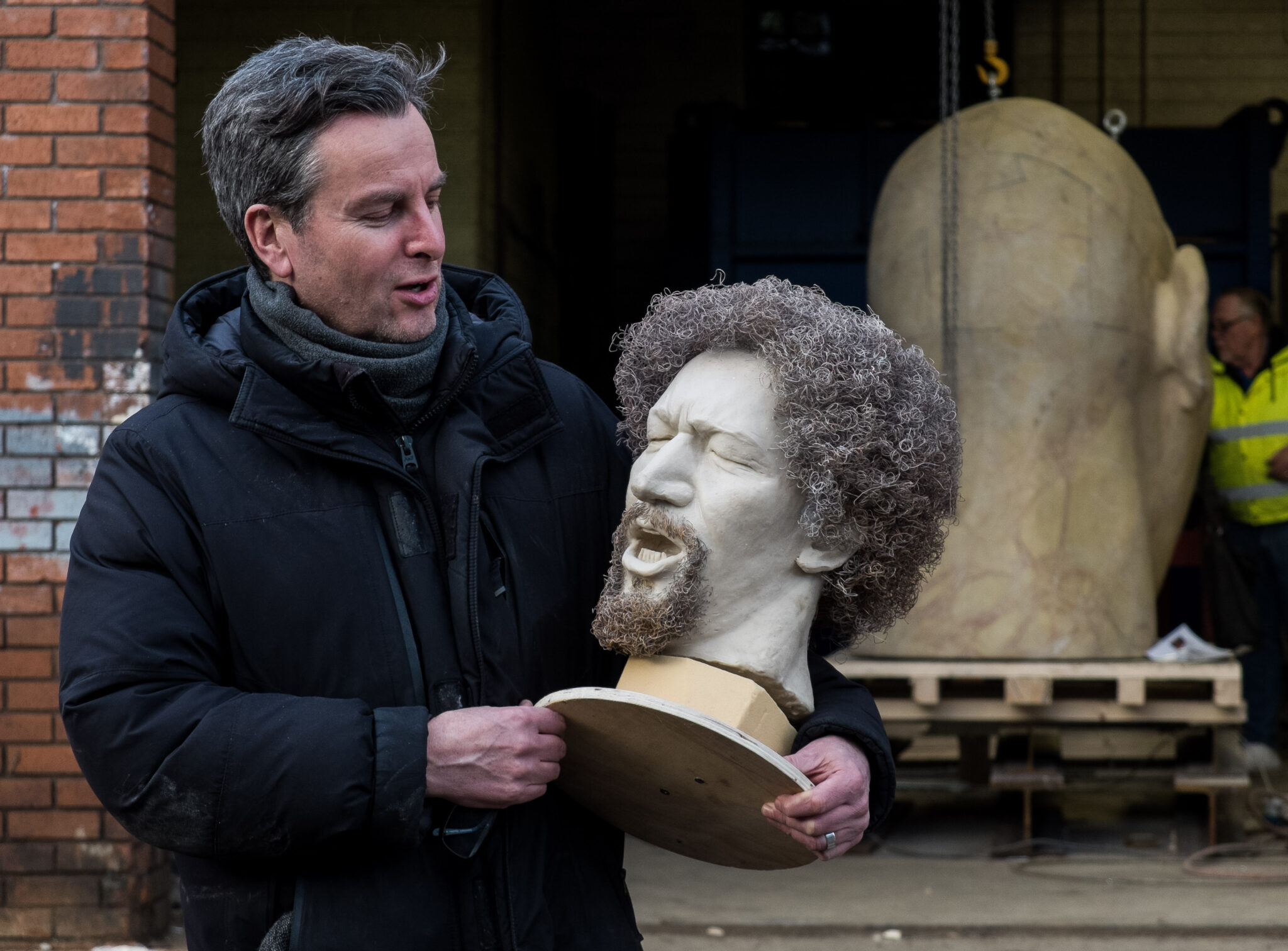 Curious Dog Films currently have a number of documentary projects in production and in development.  In April 2022 we completed post-production on our RTÉ/BAI funded arts documentary on inspirational New York based designer CLODAGH. With Oda O’Carroll on board as director, we enjoyed filming in Spain, Ireland and New York. We had Matthew Kirrane on board as DoP, who did a wonderful job and editor supreme Brenda Morrissey did her usual magic in the edit suite, to create a fascinating window into the world of an inspirational woman. We are also in development on WHIDDY – a doc on the gulf oil terminal disaster in 1979 when fifty people lost their lives in West Cork, for Screen Ireland and RTE. Adrian’s dad worked as a fireman on that unforgettable night, so this one is personal. We are also developing ‘Something In The River‘ a film about the River Ilen, home to the remarkable Skibbereen Rowing Club. People say there is magic in that river, we hope to find out. Adrian is one of the producers on a feature doc ‘Children of the Church‘ with Mike Rezendes from the Boston Globe Spotlight team. Sarah Share is on board as director. Producing this alongside Wildfire Films and Screen Siren Pictures in Canada. They are currently securing the final levels of funding.

If you have a unique story that you feel is important to tell, then do get in touch. Always happy to chat or meet for a coffee or a pint 🙂