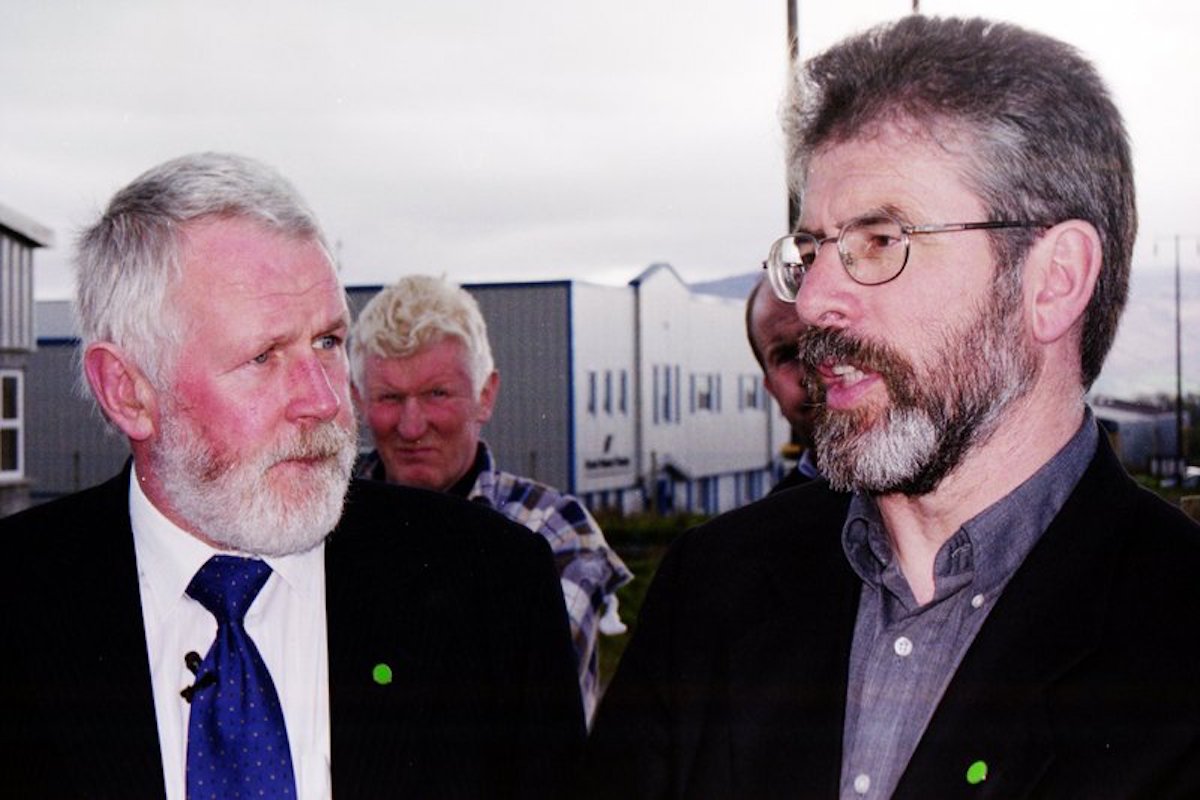 An interesting and revealing insight into the life of a Sinn Fein family.

McCarthy’s undoubted skills as an observational film-maker emerged with this visually impressive and inventively constructed documentary.

A polished and sly documentary.

We join Sinn Fein’s controversial candidate Martin Ferris and party leader Gerry Adams in the run up to the 2002 Irish general election. Prior to this election Sinn Fein had one elected TD in Dail Eireann. Could the former gun runner Ferris do the unthinkable and take the North Kerry seat from the former Labour leader Dick Spring? Informal and honest we get a unique behind the scenes perspective on these controversial men and their motivations as one of the most controversial political parties in Europe deals with pre-election dramas including Ferris’s arrest for alleged vigilante activities.

A Wildfire production for TV3 in association with Bord Scannán na hÉireann/Irish Film Board.