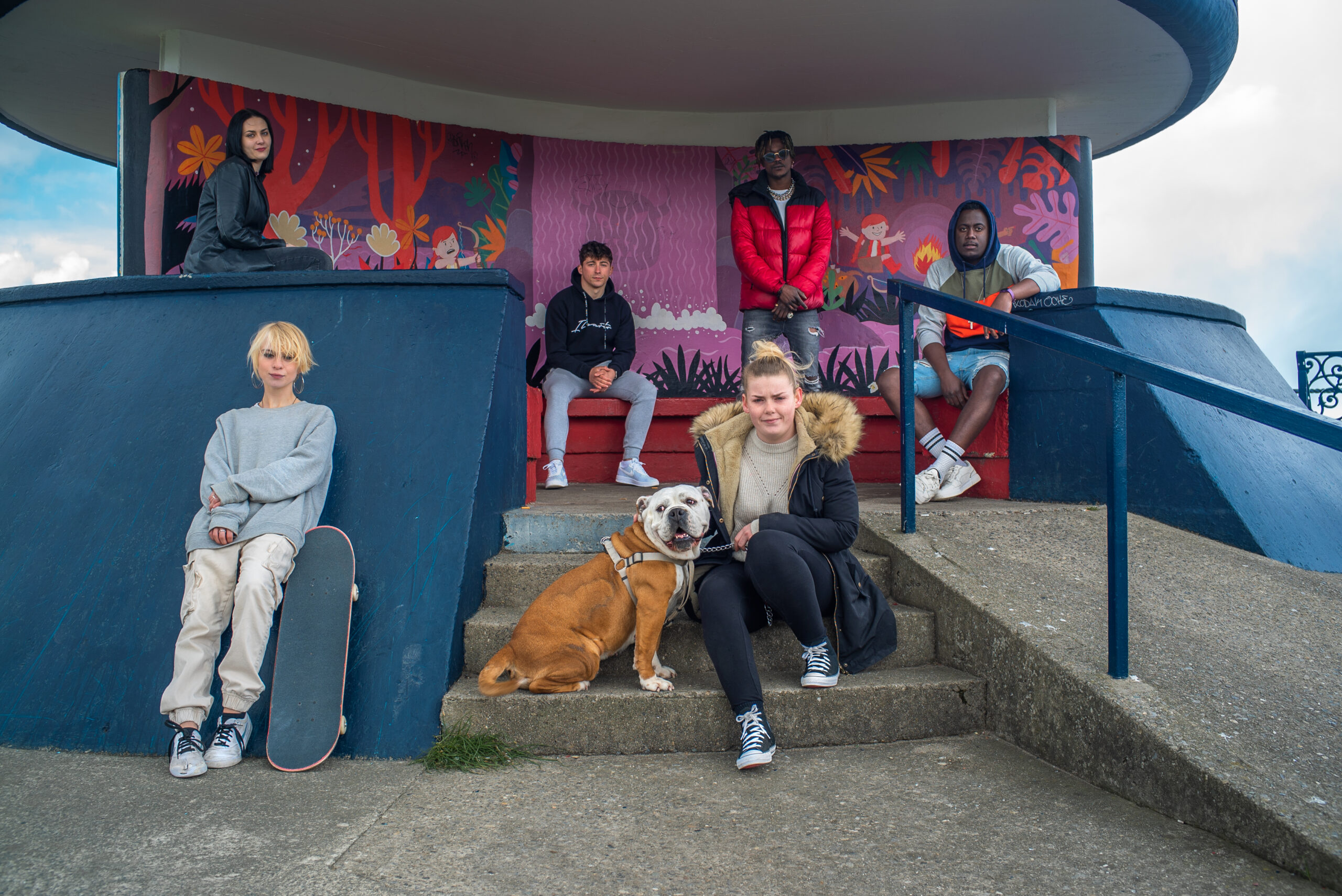 This special three part series, filmed over 18 months to the end of 2020, follows the hopes and dreams, the challenges and joys of a diverse bunch of young people in the seaside town of Bray, County Wicklow.

Though the common link is Bray, our characters are all unique and unconnected. These are ordinary and extraordinary young people and we get to witness first-hand how they tackle life’s ups and downs in a way that young people and families will relate to everywhere. We deal with issues like; bereavement, racism, single parenting pressures, following your sporting dreams and early school leavers. Inspiring young people with memorable and often moving stories.

In the series we meet Dylan (23), the footballer who, at 16, jumped at the chance to pursue his boyhood dream and play for Brighton and other clubs in England. But it wasn’t all that he had hoped for and before too long, he faced his own demons. Dylan returned to his beloved home town and local club, Bray Wanderers, where he continues to experience the challenging reality of life as a young footballer. Through Dylan, we get an insight into the life of Bray Wanderers FC, in the League of Ireland first division as they go in search of promotion.

The big hearted Our Town introduces the viewer to a group of young people in sometimes challenging circumstances yet united by their big dreams.

The mood throughout is optimistic and it is always encouraging to watch a series that doesn’t lean into the cliché of small-town Ireland as a grey place where hope goes to die. Here there are reams of ambition and a refreshing conviction tomorrow will be better than today.

An organic and coherent piece of documentary making. Our Town felt wholly authentic and faithful and heartfelt. However outwardly confident and self-reliant they might seem, it showed how painfully vulnerable young people are.

Our Town is a beautiful portrait of young people in all of their strength, vulnerability and wisdom. The documentary doesn’t just dwell on the negative. It paints a rich picture of all of their lives. McCarthy and his team have highlighted each participant’s individuality while, at the same time, providing a compelling portrait of a town and a community.

CJ and Sammy, an ambitious local rap duo, The Bray Side Boyz, originally from Malawi, love the town so much they named their band and a song after Bray. They dream big and have settled locally with their families but a serious issue of racism turns their plans upside down just as things seemed to be going their way.

Ciara (22) has fought the odds to pursue her unlikely career and over our time with her, also faces adversities like sudden death in her troubled family head on. Gabi (22) is a great survivor; an inspiring single mother, student and healthcare assistant, who works long hours and lives in cramped accommodation. She tries to put an assault as a 17-year-old behind her and puts her best foot forward for her herself and her toddler son.

We get to know Regan (22) a career driven boxer, who made a lot of personal sacrifices to pursue his goal to represent Ireland in the Olympics. But across the year, he makes a big decision which impacts his dream and the dreams of his dad who is also his coach. We meet Aed, (16) who loves his dreads. Aed couldn’t cope with the stress of normal school so his mother set up a fascinating ‘free range’ school – a truly alternative model of education where the kids are in charge.

We meet two lads, who also left school early and never looked back. Coming from a Bray estate with a troubled past, Correy & Luke (both 18) have a lot of time on their hands, as they try to figure out the next stage of their young lives. And then we have Joni, a talented fifteen-year-old, who listens to Morrissey as she walks along the seafront of her coastal town. A rising star, she has already had a lot of success in her short career and has her hopes set on becoming the next Saoirse Ronan or Kurt Cobain. The series is narrated by Jasmin, a local young woman who relates to all of our stories.

Across eighteen months, we witness our characters coping with the rollercoaster of ‘normal’ life in a world before and during a global pandemic. These are resilient and hopeful young people and their stories are both unique and universal. As with all other obstacles – they just do what they always do. They may have changed but they get on with it. This documentary series is a window into all their lives. This is Their Town. Our Town.